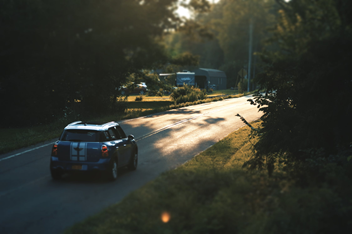 This is my second article about cognitive bias – the collection of faulty ways of thinking that might be hardwired into the human brain according to American Professor, Ben Yagoda. He says science suggests we’re hardwired to delude ourselves. Some say it is possible to re-wire biases. This time I’m highlighting confirmation bias. Many people are more open to the notion that they could have confirmation bias than the Fundamental Attribution Error I wrote about previously, but I’m getting ahead of myself.

Many of us understand the idea of bias as it relates to media. A common example is the news media being biased in their reporting in favour or one political party or the other. Bias applies to individuals too. It’s a way of thinking about the world or interpreting things going on around us which has typical patterns or is systemic to us as individuals. Our experience of the world is subjective; we experience things in our own way. And we behave from our own perspectives hence why knowing a potential bias is helpful to determine if it’s has negative consequences and therefore needs to be reviewed.

What is Confirmation Bias?

Confirmation bias is the tendency to see, seek out, interpret and favour information that supports our existing ideas, beliefs and values. We gather evidence to support our thoughts and beliefs (both the conscious and subconscious ones).

For example, if you decide to buy a blue Mini, you will start seeing blue Minis everywhere. It’s not because more blue Minis have been unleashed on the roads, it’s just that you now have a heightened awareness of and predisposition to them. In many cases you are looking to confirm the decision you made to buy a blue Mini.

The Risk of Confirmation Bias

Confirmation bias has us see and seek information and data that corroborates our ideas and hypotheses. By definition, it has us discount or ignore anything that appears contradictory or different to what we believe or think.

This is what social media algorithms do – they see what we searched for and give us more of the same. If you’re searching for the best plant-based recipes this might be all right. If you are trying to understand who to vote for in the next election your initial thoughts will just be confirmed.

Confirmation bias appears in every aspect of life, including work, as it is a form of judgement (good or bad), our brain assesses things to make sense of it. To name just a few leaders should be particularly aware of are:

• Judging People’s Performance – if you think a team member is good at their job you will see more things that confirm this belief. If they make a mistake, you are quicker to dismiss it as an exception. Conversely, if you think someone is lazy, you will repeatedly find evidence to confirm they are lazy.

• Making decisions – many people have an intuitive response when faced with a decision. What confirmation bias tells us is that they then gather as much evidence as possible to justify proceeding with that decision. This also means we can say the decision is based on sound rationale and not emotion.

• Hiring or promoting situations – Imagine the leader of another department is someone you don’t like, they have different ideas than you, behave differently, and have a different disposition. And their results are consistently strong, maybe even above expectations. Confirmation bias would need to be put aside to give them the recognition or respect they deserved.

Unconscious Bias – 6 Steps to Tackle It

A bias is only unconscious if you don’t know you have it. Therefore, the first step in any development area is to start to become aware of it.

1. Become self-aware about your own biases and notice how you confirm that, often unconsciously. These biases could be towards yourself, others or concepts/ ideas. I worked with a coaching client this morning who sometimes feels “not good enough” and therefore tries to “prove” he is. When he receives emails from his boss, he reads it through the lens of “not good enough” so perceives criticism where none is intended.

2. Foster diversity of people, ideas, perspectives and input. Talk openly about confirmation bias. Some experts say it’s the most pervasive and damaging bias. Involve people of diverse backgrounds in developing solutions and making decisions. Diversity includes race, ethnicity, gender, sexual orientation, education, age, experience, etc. Let a project or decision be viewed by someone outside of the project (or department or organization) for an ‘external’ view.

3. Create a system of open communication. We find it easier to see the shortcomings in other peoples’ thinking than in our own and vice versa. Create a culture and compassionate communication that allows flaws and gaps to be pointed out in each other’s ideas and solutions. This requires courage and bravery especially for junior people to point out bias in a senior leader.

4. Reward behaviour that highlights omissions, differences and gaps. People rarely want to speak up with a dissenting view for fear of being punished (hence whistle-blower laws). To mitigate that fear the act of sharing contrary data and opinion needs to be rewarded. The first time someone says something contradictory how do you (or others) respond? Learn to acknowledge and praise them so others follow suit.

5. Systematize your company’s decision-making process to include contradictory data. By doing this you make the standard process more bias-proof. For example, at P&G we were trained to do one-page recommendations that included strategic rationale, financial benefit and research or data of probable success. It could easily have included a fourth element of risk or contrary data. By adapting current systems to include highlighting potential bias is easier than creating a new and separate system to address the bias.

6. Conduct “autopsies” in advance of key decisions or projects. Gary Klein, a cognitive psychologist, suggests ‘post-mortems’ in advance. Imagine a project has failed very badly and analyse what led to that failure. This can become part of the procedure or checklist for key decisions. This forces the contrary view and encourages the contrary evidence to be considered. It’s easier to collect evidence in support of our theories (we can never fully prove a theory until it’s implemented), so take time and try to disprove them to be more certain.

Awareness and understanding are the keys to better ideas, interactions and hence results. You can’t eliminate all biases and you can be aware and mitigate them to have the impact you want to have. This is especially important for these emotional-charged times in which we are working and living.

Book a COMPLIMENTARY coaching session with me here for support in further developing your leadership. What would make you more effective and fulfilled at work and/or life?

Photo by Aaron Hunt from Pexels