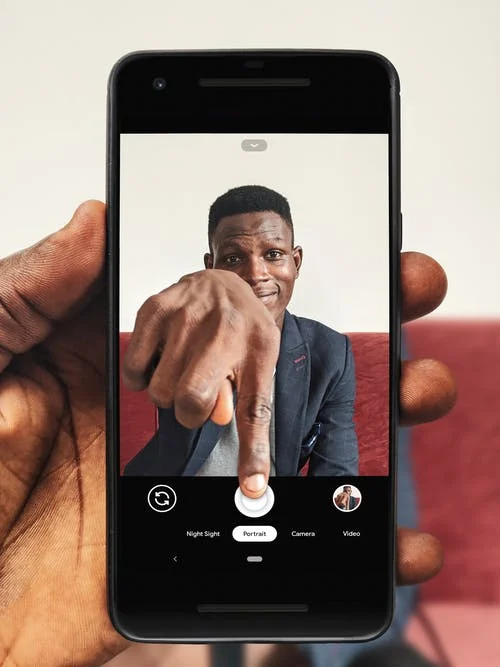 Are you reluctant giving feedback? If so, you are like many leaders and managers. Two clients said this last week: “I don’t want them to take it personally.” What came out after some coaching was that: (1) they didn’t want to hurt the person; and (2) they were afraid of how the person might react.

These are genuine concerns when giving feedback, especially when thinking of how to give constructive feedback. You want someone to accept the feedback, be empowered by it and not defensive, to take it on board and make changes. Hence why you should read this article to know how to give feedback well. The worst thing you can do is avoid giving feedback out of the fear of not knowing how.

How to Give Constructive Feedback

⇒Learn a model for giving feedback – like the COIN model, detailed explanation and template here. This template works for positive or constructive feedback. It stands for Context, Observation, Impact and Next Step. This level of detail for both types of feedback makes it meaningful as it’s specific to the individual and not just general fluff (like well done, good work). Also, use the word YOU when giving feedback to highlight it’s about that person; it makes it more personal.

Describe How to Give Feedback Constructively

Like a good photograph you want your subject to appear in their best light, to look good. And you as the photographer want to have your work well-regarded. Same for giving any type of feedback, you want the subject or recipient to look good and for you to be perceived well or credible.

⇒Give feedback at the outer 3 levels of this bullseye below – focusing on behaviour. Be specific about the behaviour (good or bad) that you want to comment on – what specifically did the person do or say. Environmental comments are about where or when someone did something that impacted their effectiveness (positive or negative). Capability is about how they did something and often can be helped with training.

This bullseye mitigates the likelihood that someone will take the feedback “personally” as it focuses on environment, behaviour and capability rather than identity and values. This is about a team member’s effectiveness of doing the job. If you give feedback about someone’s identity that is personal. It’s why parenting experts advise to tell a child “that behaviour was bad” rather than “you are bad or bad boy.”

Where to Give Feedback 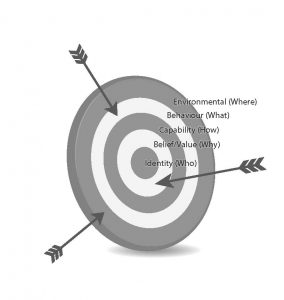 Of note, this bullseye can be used for giving and receiving feedback. If you receive feedback that’s towards the middle of the bullseye ask, “what did I say or do that made you feel that way?” Or, depending on who’s giving you the feedback at an identity level, be confident in who you are and your value potentially choosing to ignore the feedback.

How to Give Feedback – The Positive Kind

Research shows that financially successful companies give positive feedback 4-6 times for every 1 piece of ‘negative’ feedback. Few people are near this ratio consistently, at work or at home. Typical reasons for not doing it are: why should I congratulate them for doing their job?, they’ll expect a raise or promotion, no one praises me, it will go to their heads, they know their doing well and I’m British, we don’t do that.

⇒Use the COIN model and target giving feedback about behaviours you want to reinforce (positive) and behaviours you want changed (developmental). Catch people doing things well more often than when they make mistakes or when things could be improved. Practice seeing and saying what people are doing well.

Giving confidence building feedback will increase employee engagement, have them use those skills more often by making them top of mind and make employees feel more valued in their contribution. These are big benefits for just telling people what they did well.

What’s Stopping You from Giving Feedback

⇒ Start by reflecting on what stops you. Be honest with yourself. If you don’t really look at all the ways you are stopping yourself, you won’t grow.

Whatever your reasons are for not giving more feedback, I challenge you to figure out how to get over it. It will immensely improve your effectiveness and performance by improving your team and you’ll make them feel better about their work at the same time. My book, Soft Skills HARD RESULTS, has a whole chapter on feedback, loaded with examples, tips and tricks because it’s that important.

How could your people and results improve with you being better at feedback?

Book a COMPLIMENTARY coaching session with me here to learn how to motivate others through feedback.

Photo by Oladimeji Ajegbile from Pexels